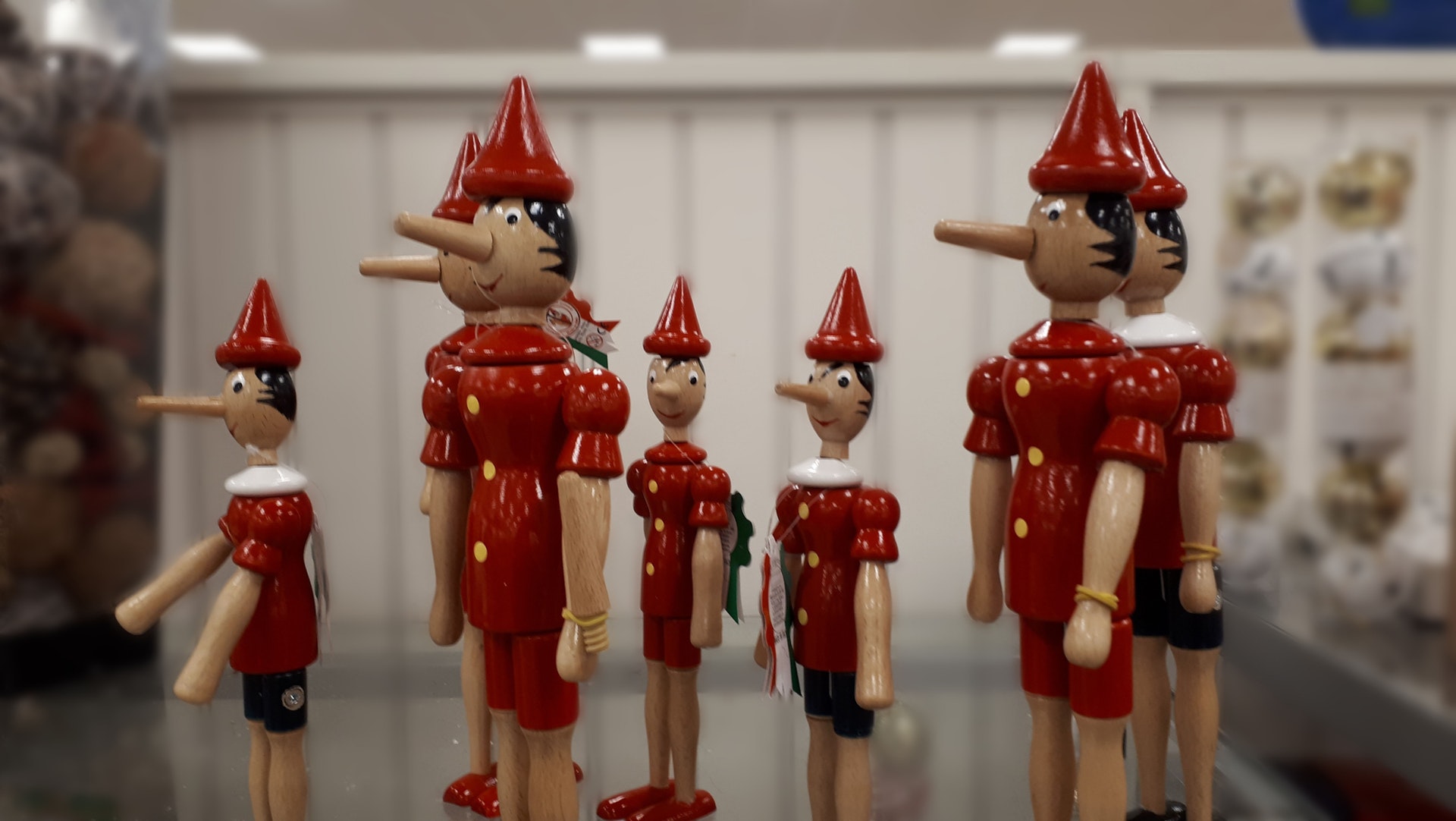 Whose Lie Is It Anyway?

A few months ago, I came across this perplexing insight from the Stack Overflow Developer Survey. The question asked developers to evaluate their competence in their chosen skill set, and almost 70% of the respondents judged themselves as “above average”. Only a minuscule 10% admitted that they are below average. Even the Stack Overflow folks could not stop themselves from quipping that this was “… statistically unlikely with a sample of over 70,000 developers who answered this question, to put it mildly”.

This may not come across as a total surprise to many. Afterall, we are coached to lie our entire life. The best part of always stating truth, I had read somewhere, was that you don’t need to remember what you said to someone on a particular day. Lying warrants a sharp mind and fearlessness. We start with innocent innocuous lies, to just evade that rap on the knuckle, most of them still getting exposed to our bewilderment. Then we mature over the years to lie in a more sophisticated manner, and we devise novel ways to get past the scrutiny. And some of us, who eventually master the art, either join politics or the advertisement industry.

But why would people lie even in an anonymous survey, where personal repute is not at stake? Is it their innate inability to measure their own competence, their overconfidence or is it just a plain simple lie? Or perhaps it is the inherent safety of the fact that this cannot be confirmed through any means?

The fact is that lying is an inborn human ability. We lie with the argument by our side that at least we are not physically harming anyone or robbing a bank. We lie when we think plain honesty would simply not work. We lie even when there is no need to lie. So rather than asking whether one lies or not, a better question would rather be to quantify the capacity to lie, how much can one lie.

With dwindling social values, the appetite for the wrong had been made digestible, by masquerading it as the unconventional. What was considered a lie yesterday is a norm today. The “art of lying”, is now part & parcel of our very survival. In one of my previous projects, I was unable to tolerate when the delivery lead started feeding words into my mouth that I was supposed to utter during a client team visit, on a topic where I was called in as an expert. Due to the manufacturing defect I have, I didn’t mince my words and the said lead didn’t mince his expressions to indicate that he severely disliked this demeanour. When I parted from the assignment, I was told in quite uncertain terms that my behaviour, the other day, was unwarranted. He felt that people, like yours truly, have this trait of bhav khana (Hindi for acting pricey), when they get hired as a Subject Matter Expert. He then gave me some gyan on how lying is not actually telling a lie, that people have done it for ages, that even my boss does it. He just fell short of including the “अश्वत्थामा हतः इति, नरोवा कुंजरोवा” tale though. Perhaps it’s not far-fetched to expect that my “feedback” might tactfully indicate that “… this arrogant misfit became a hurdle towards the path for the greater good of the organization, that this lie was intended to usher in”.

When I was 6 or 7 years old, an unfortunate incident happened next door. Duggal auntie, as we used to call her, locked herself in the bathroom, poured a can of kerosene on her and set herself ablaze. On hearing her cries, my brave mother rushed to her house from the back door and forced open the bathroom door while I switched the electricity mains off (not sure what I was thinking then). I still can remember the smell of burnt kerosene and her carrying off the skin that had come off her legs when she was made to sit. I later learnt that she took this extreme step due to Mr. Duggal’s extra marital affair, they had two kids younger than me at that time. Auntie passed away the next evening, having suffered 90% burns. When the police came, I was asked “tumne kya dekha, beta?” (what did you see, son?) and I remember having said, “maine wahi dekha jo mummy ne dekha” (I saw what my mom saw). My father immediately leapt to my rescue quipping “arre bachacha hei sahab” (he is just a kid).

Apparently, my parents knew about Duggal’s promiscuity. But they still chose to not get him entangled in a legal tussle, by corroborating that the suicide was due to unknown reasons. On the hindsight, the rationale behind their decision was quite simple. They didn’t want their two young kids to suffer. As you might have guessed, Mr Duggal swiftly re-married within 3 months of the incident. Few innocent lies saved him from the litigation (and perhaps even a jail term for instigating the suicide), even if someone else lost her life due to his impropriety. In the choice between honesty, which is grim & harsh and benevolence, the latter often has an upper hand, probably because it’s easy to justify, even if used inappropriately.

We have seen the leaders at helm of two of the biggest democracies in the world, vehemently and vociferously lie and still get acceptable nods from the audience, perhaps thinking that like any maverick magician their sleight of hand goes unnoticed. Their audacity to shamelessly lie may be owing to the reason that the levels of institutional corruption and fraud in these nations is high and the poorer people dabble in corruption with no remorse because they think they are the “deserving” lot. A high level of corruption at the bottom is often due to high level of actual or perceived corruption at the top of the ladder.

Of course, the bigger discussion now a days is slightly different. We are now so prone to falsehood (especially in the light of common-sense defying WhatsApp university generated stories) that it’s often impossible to distinguish the fact from the fiction. And you must decide which side you are on, which is the lesser evil.

AI Researchers in a lab decided to not share elaborate findings from one of their breakthrough, fearing its misuse. It was about these text generation algorithms that can generate fabricated news stories, based on a single headline mimicking the tone and structure of real articles. What’s more, it can even cook-up statistics and quotations from imaginary sources. An AI infected with pseudologia fantastica, sort of. Now, some may praise the moral high ground taken here, others may term it a brouhaha against AI. The fact is: what could have been a fun tool (like this harmless news-clipping generator I used way back in 2006) fake news is a lethal weapon today that can cause unrest in the society (and in certain cases, can even help some politicians win elections).

Strange times we are in, where making the moral choice is akin to walking on a sword’s edge. And separating truth from the fake, moral from immoral had never been an easy choice for us humans. We may lie to save our honour, to get that promotion, that job or to just make a harmless excuse. We may still retain the right to tell our kids about the virtues of honesty and truth with no damage to our conscience. Our lies have probably not killed anyone. Whatever our brain may have been tutored to believe in all those years, one thing will never change though: A lie, is a lie, is a lie.