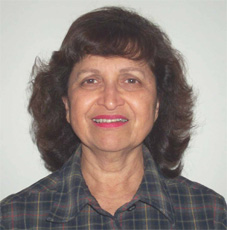 It seemed promising earlier too but India began capitalizing on this new buzzword only in 2001. Flustered after the dot com carnage Bio-informatics was the next big thing for the VCs. And their decision has never been more apposite. The biotech industry in India touched $2.5 billion in 2001, and is expected to proliferate to a $20 billion industry by 2005. Among the leading players in the field is a company from Indore, which has been in Bio-informatics “from its inception.” Among incessant debates over the ethics of human cloning, manufacture babies using genetic engineering Debashish Chakrabarty asked Ms Kay Brown, founder of Indore based Apticraft Systems, about Bio-informatics, her company and her future plans.

Ms Brown received her Master’s degree in Mathematics from the University of Bombay and studied Physics at the University of California, Berkley. She has worked as a semiconductor design and process engineer with Fairchild Semiconductor, Philco Ford and IBM. After working in magnetic bubble technology and acquiring several patents, she went back to school to earn an MBA from the University of Santa Clara. She was appointed the CEO of Intrix, a manufacturing and accounting software development and was heading it until she decided to found a new company in Bioinformatics, PREMIER Biosoft International, in the summer of 1994 and Apticraft Systems (P) Ltd in 2002.

What is bio-informatics? Is it already a mature science? Do all kinds of biological computing come under this science?

Bio-informatics is an interdisciplinary research area that applies computer and information science to solve biological problems. However, this is not the only definition. The field is being defined and redefined at present, and there are probably as many definitions as there are bioinformaticians.

The field is in its infancy. All kinds of companies think of themselves as working in bio-informatics, from companies that host vast amounts of biological data and analysis tools like Double Twist Inc. to companies that develop algorithms to solve specific problems such as protein folding.

Tell us in brief about your company and your products. How and when did your company decide to venture into Bio-informatics?

Our company did not “decide to go into Bio-informatics”, it was there from its inception. We believe that this emerging field is currently the most exciting area and is expected to make unparalleled contributions to human health and scientific achievements over the next 20 years. We consider ourselves privileged to be working in such a field.

How do you foresee the usage of Computers in bioinformatics? What according to you would be the share of Indian Software companies in this?

Biological sciences are developing new high throughput techniques and generating vast amounts of data at an unprecedented rate. Computers are an indispensable tool to glean biological meaning from this effort.

Historically, Indian companies have participated in new and exciting fields by becoming the development arms of or by supplying human resources to foreign companies. But we see a new trend emerging now. NRIs are coming back home and are establishing companies that innovate and produce new products in biological fields to be sold directly to end users. With its strengths in software development and highly educated work force, India is poised well to make significant contributions.

Computers gathering data and presenting to the researcher to draw conclusions; what’s the role of the human factor vis-à-vis that of computer here? Is it only a tool or is it also doing our science for us?

It is most certainly only a tool. How we wish it could do more!

Currently, the computer technology seems to be able keep up with many common demands of the biologist, though there are specific areas of the field that find the current compute power inadequate. Several companies offer specially designed computer hardware and software to overcome this limitation. The progress in solving certain analysis intensive problems like protein folding is hampered by these limitations. Companies like IBM are building massively parallel computers to tackle such problems. With the availability of new high throughput protocols and micro-fluidics, the rate at which data can be generated is accelerating. We are sure to run head on into the limitation with this explosive growth in the available data.

What technologies are being employed and would be used in future to manage bio-informatics databases? How important are the graphical visualization tools?

Many technologies including Java, Applets, Swing and CORBA are being used. Many research organizations are collaborating and sharing data to solve challenging biological problems. It is essential to connect and communicate among large numbers of experimental, simulation, and theoretical communities flung across the world. Tools to enhance such communications and analyses are becoming increasingly more important.

Some of the biological data is graphical and is stored as images. Novel, fresh methodology to analyze this data is needed and is being developed. The graphical needs extend beyond visualization tools, into analysis tools.

How would the Human Genome Project, or bioinformatics, affect the average person?

The impact is expected to be enormous. Cures for previously incurable diseases seems to be around the corner, improved diagnostics, detection of genetic predispositions to diseases, gene therapy, drugs tailored to the individual and much more. And this is a partial list of health related impact. Then there is the impact of genetically engineered farm animals and crops… I could go on and on.

What do you think entices the MNCs into sending their genomic and proteomic data to India for analysis? Is it the cost? Is it the availability of skills? Or is it something else?

I think it’s all of the above. India produces the best skill sets in an individual. Sharp minds, right training, technical skills and the ability to read and write English, many reasons to be attractive to MNCs.

There are many big players like Satyam, Kshema technologies, IBM, BigTec in Bioinformatics arena. How do you see your company’s position among these?

We stay clear of where they play. We develop software for individual scientists to help with the needed analysis capabilities for specific assays.

Indore is declared an IT city and the government is taking several steps to help the software industry. An excellent example is the Gyandoot project. It shows that the state government is committed to embrace the information technology. The state governments has set up an STP and created an STPI nodal agency in Indore. These activities demonstrate the forward-looking, modern attitude that is essential to nurture the growth of our industry.

Bioinformatics requires a highly skilled work force. Do you get the required trained manpower at Indore or do you source them from outside MP? What should the profile of an ideal candidate be to enter bio-informatics?

We currently source candidates from MP. Bio-informatics is new and it is difficult to get candidates with experience in the field. We, therefore, recruit highly intelligent, motivated people who would like to make a career in Bio-informatics. We have designed comprehensive training programs for all major job categories and require new hires to go through them in the first few weeks of employment with us. Our major job categories are software engineers, bio-informatics scientists and business development managers. We look for postgraduates in appropriate disciplines with a proven academic record and outstanding communication skills.

Tell us something about any interesting ongoing project at Apticraft. What are the future plans of your company?

After the successful completion of the human genome sequence, the era is moving from genomics to proteomics. With the release of Xpression Primer and Protein Networker, Apticraft is taking its first steps into the emerging field of proteomics.

Apticraft will be moving into the new facilities under construction at the electronic complex this summer. We plan to almost double the staff size by year-end. We have several new products on the drawing board for both the genomics and proteomics areas.