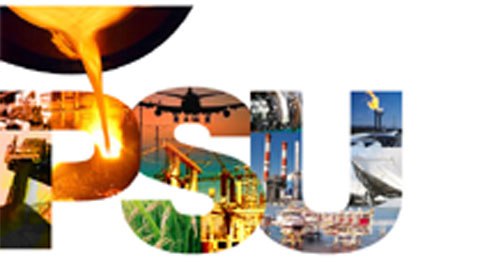 My father is a retired public sector undertaking employee. Having grown up in a township within a city scenario where this navratna organisation had created all sorts of facilities for its employees: sector-wise schools, colleges, dispensaries, shopping complexes, recreational facilities, etc. In short – everything the employee and their families would ever need; reason why I have deep respect for public sector organisations. But over the time they haven’t been able to sustain themselves. When I finished my graduation in 1993, the organisation hadn’t recruited a single engineer since 4 years, the staff quarters were slowly being sold or given on rent to outsiders, many education society schools were closed and a lot of controls were put on providing medical facilities to the employees, especially to the retired lot. To the employee and their families these changes were hurtful, but it also underlined the compulsions of such a public sector organisation. In our case this was a profit making enterprise, but most of the otters aren’t.

Which brings me to the core issue, the outcry started on reported scrapping of the Disinvestment ministry propagated by the Left, as it prepares to back a Congress lead government at the center. The leftist thinking obviously has roots in safeguarding worker rights. They maintain that disinvestment needs a human face: don’t sell the “family jewels”, don’t disinvest the navratnas and the profit making non-navratnas they say. This has caused much furore. The Samajwadi party terming Shourie as “an economic terrorist” said, “Sell only those that are not making profits”.

Even if we neglect these opportunistic clamour, and look at the primary reasons for disinvestment, they were manifold:

My clear view is: Government should certainly not be burdened with running companies, but if it has to, as in matters of National security and safeguard (Atomic energy, Railways for instance) and for social concerns, it should perhaps limit itself to the sectors mentioned at (3).

The disinvestment issue indeed is touchy and in all ways non-populist. Now there are umpteen ways to populism but they can cause serious repercussions too. Remember that one of the reasons for Digvijay Singh losing in last assembly elections was his refusal to pay perks to government employees (who comprise of a paltry 1% of Madhya Pradesh voters), and cut down on posts in the bid of reducing the cost to the exchequer on salaries, obviously in order to satisfy the rest of 99% in form of subsidies (for example: in form of “free” electricity).

Today many such governments will be shocked to discover, when they actually hold the steering, that in fact there is no money in their wallet to entertain such populist measures. When people tend to feel that employment is being cut (it doesn’t matter if in organisation like the National Textiles people are drawing salaries sitting at home, rationale being “where else can they go”) they will protest. Third parties can always smell foul and say the the companies were under-sold or there was something fishy in the deals. We must remember that perhaps this was the reason that Arun Shourie was given the charge for the ministry, for his non-partisan, steady image. Thanks to the forward looking attitude of many such public sector employees like my father, at least people like me are not sitting at home waiting for the trade unions to fetch us a secure sarkari job.

IMHO, These are certainly not the days when you can leech to the government run enterprises for nourishment, simply because you voted for that government.

Everybody knows that the Congress has been the pioneer in playing populism cards (ranging from caste to Ayodhya) but if they try playing with seemingly sane economy measures, just to appease the allies, in the long run they might just as well pay the price. I think the way of economy that India has started traveling on, no party can ever hinder its pace. This yelling is just a matter of public imagery, behind the scenes they will have to do what all others have been doing, whosoever comes to power. My advise, therefore, to these politicians is: pick some other card to play.